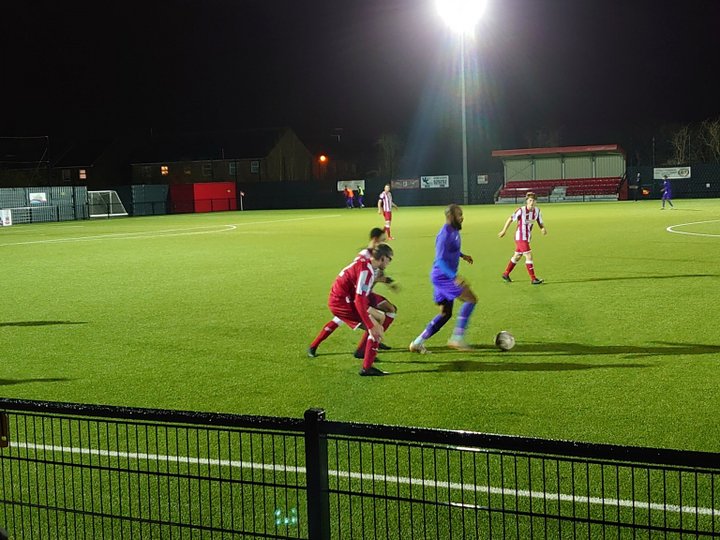 Entire ESL schedule wiped out due to weather whilst only three games in South took place which saw Side into fourth, Bakers stay third after late win & Ramblers grab late point at Wick

Friday
Thurlow Nunn Eastern Senior South
Frenford 0 Barkingside 1 (Carl Mullings early second half strike was enough to see the points go back to Cricklefield as Barkingside leapt into the top four. Mullings struck home in off the post four minutes after the break from outside the box to help his side to victory, and it means Frenford remain tenth after loosing their seventh game of eight since the turn of the year and are now nine points off the top four with just ten games remaining)

May & Baker 3 Fire United 2 (Carl Patten netted a 91st minute penalty as May & Baker remained third in the standings after victory over bottom side Fire United. Tyler Richardson gave the hosts a 15th minute lead but Daniel Correia levelled eight minutes before the break, and when Huender Dos Santos gave Fire the lead four minutes after the break the visitors sensed back to back victories in the division. But the hosts regrouped and levelled through substitute Darren Seymour in the 71st minute, and then in stoppage time won a penalty which Patten converted to see the points go to the home side. Fire, who saw Cristiano Dos Reis sent off, remain bottom but will feel they can catch the two teams above them before the season is out)

Thurlow Nunn Eastern Senior South
Hackney Wick 1 Burnham Ramblers 1 (A stoppage time leveller from Kristian Cowell saw Burnham Ramblers snatch a point at Coles Park against Hackney Wick. Ayub Kadiri smashed into the top corner to give Wick the lead, but just as it seemed this would be enough to grab the hosts all three points, Cowell sent a free kick into the bottom corner to rescue a point for the visitors)

Benfleet vs Wivenhoe Town, Coggeshall United vs Wormley Rovers and Lopes Tavares vs White Ensign all postponed due to waterlogged pitches

ESL/EaSL South Midweek Round Up (25th/26th February)  Hadley, Hashtag and Clapton all grab wins in ESL, Benfleet bounce back with win in South, Ensign go out of Thameside Trophy